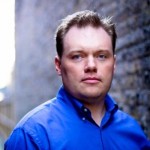 Peter Hilliard holds degrees in Composition from the San Francisco Conservatory and in Musical Theatre Writing from NYU. His musicals, Don Imbroglio, and Going Down Swingin’, appeared in the New York Musical Theatre Festival, and his opera The Filthy Habit was a finalist in the National Opera Association Chamber Opera Competition. It was the first opera ever presented in the Chicago Fringe Festival and has had ten productions. A bluegrass opera, The Last American Hammer has been produced at Urban Arias, Pittsburgh Opera, and at the University of Illinois. It will be presented in February at Opera Grand Rapids. His opera Blue Viola has had productions at Urban Arias, Lyric Opera of The North and Opera Memphis. Peter has accompanied many singers, including Krissy Fraelich, Jeff Coon, Christiane Noll, Marla Schaffel, and Karen Slack. Peter is an active orchestral and choral composer, and has music directed on both coasts and Off-Broadway. He has conducted The Pirates of Penzance and Iolanthe at the International Gilbert and Sullivan festival in Harrogate, England. He is the winner of the 2020 Hoefer Prize from the San Francisco Conservatory of Music. His performing edition of Victor Herbert’s 1911 Opera Natoma, crafted using the original parts at the Library of Congress was heard in a full reading in New York in 2014 for the first time in over 80 years. Hilliard is resident music director and teaches courses in the Graduate Theatre Department at Villanova University. He is currently writing a new musical in collaboration with Matt Boresi and Julie and Nathan Gunn, and a new Opera is in development in Washington, DC this Spring.  He lives with his wife Allison and their son Alex in Glenside.

Keith Beale is a graduate of West Chester University of Pennsylvania with a B.S. in music education. Keith has had a varied career, teaching music in public schools, working for Verizon Communications, and, after retirement, he served as part-time administrator at the Church of the Open Door and was the director of finance and marketing at CLC Ministries International. He is very involved with West Chester University having served on the Board for 12 years and as Chairman of the Board for the last two years. Mr. Beale has sung the lead in a few operas, performed many concerts as a core soloist with the Choral Arts Society of Philadelphia, sang with the Philadelphia Orchestra and was the interim director of the Abington Choral Club. He currently sings with the Abington Choral Club and Ambler Choral Society and he is the choir director at Church of the Open Door. He is an accomplished organist and pianist. His wife, Nancy, is a pianist and often accompanies him in solo concerts and at church.

While attending the Pennington School on a music scholarship Roburt studied piano forte with Mathilde McKinney of Princeton, NJ and at Oberlin College with Joseph Schwartz and Albert Stanziano.

He continued his studies at the Philadelphia College of Performing Arts with Susan Starr. Roburt studied composition with Dr. Eugene Copeland for an M.A. at The College of New Jersey, and also studied tone production with Olga d’Stroumillo, an associate of Vladimir Horowitz. From his earliest studies, Roburt realized a powerful attraction to the Romantic composers, and a startling ability to comprehend and interpret their music. He appeared as a soloist with local symphony orchestras and was the winner of numerous awards and scholarships.

Roburt has been the pianist for St. Philip’s Episcopal Church in New Hope, PA since 2001. He is currently the accompanist for the New Hope-Solebury and Lambertville Community Choir directed by Rick Rosen.  Roburt also gives solo concerts featuring works of the Romantic and Impressionist composers, as well as original compositions. 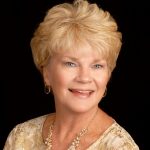 Mrs. Nancy Beale is a 1977 graduate of West Chester University in Pennsylvania.  She has her B.S. in music education and has been a music instructor since 1977.   She has taught in the Tredyffrin/Easttown School District, Upper Dublin School District, Cairn University and now teaches private students at Open Door Christian Academy and in her home.

Nancy has been the pianist at Church of the Open Door in Ft. Washington, PA for over 42 years and is presently the Director of Music. For the last 20 years Nancy led the Women’s Ministries of the church, responsible for leading women’s retreats, organizing banquets and managing the overall program of the ministry. Nancy has traveled with the youth to the Dominican Republic, Mexico, Peru and Arizona on missions’ trips.

Nancy’s husband Keith is the assistant director of ACC.  Nancy and Keith are the parents of two sons, Robert and Scott.  Scott is a veteran and Rob continues to serve in the United States military.  Nancy and Keith reside in Fort Washington, PA and in Ocean City, NJ.